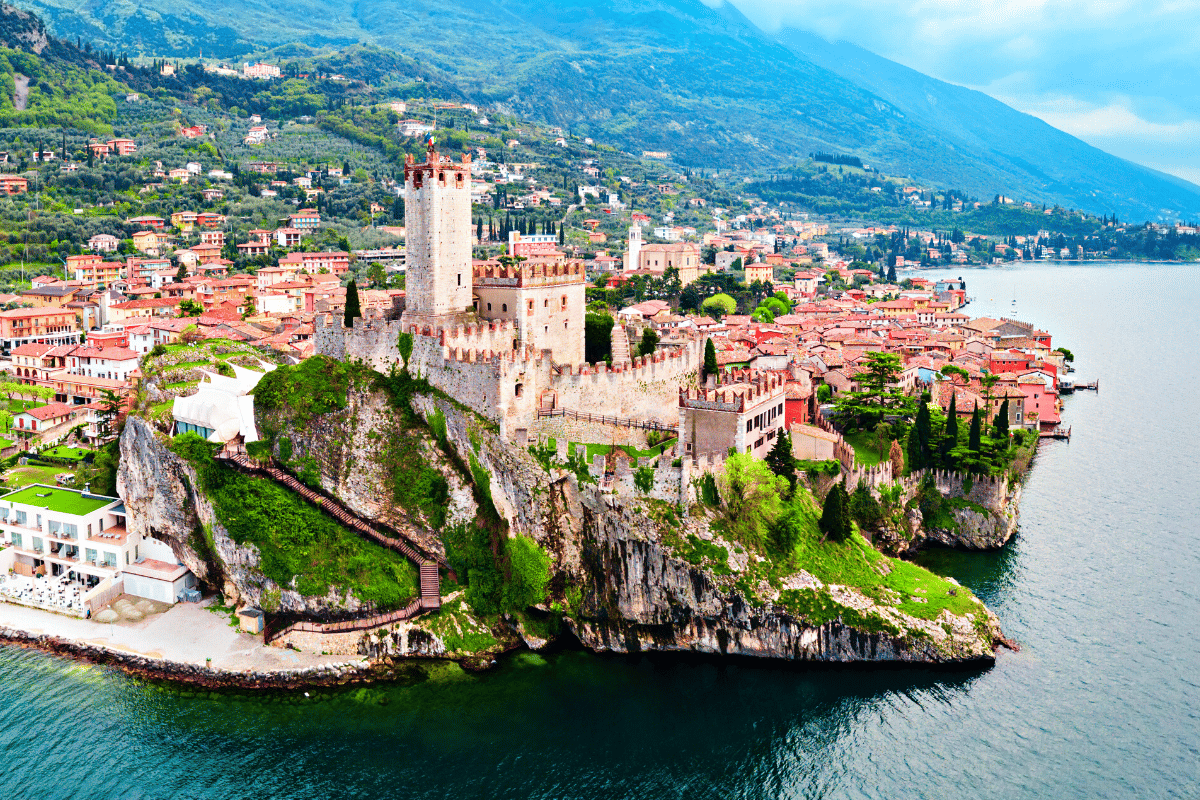 There are many monuments and architectural wonders in Italy, but perhaps the most charming are the country’s many castles. Whether perched high atop a mountain or bathed in seclusion in a fairytale forest, Italy’s castles can tell us a story — one that sits at the edges of reality and mythical lore. The legends surrounding castles often conjure images of princes and princesses, kings and queens, courageous knights and the battles they fought. These most impressive Italian castles are some of our favorites.

Tuscany’s Monteriggioni Fortress is both majestic and magical. Located in Siena province, this castle is a national gem, bringing in more than 70,000 tourists annually to admire its magnificence. In fact, one of this castle’s most famous visitors was quite impressed. So impressed, in fact, that the castle’s architecture inspired one of his most famous works, titled simply “Hell.” This famous visitor was none other than Dante himself.

In the L’Aquila province at Monti della Laga National Park is the castle aptly named the Rocca Calascio — it’s in the Calascio municipality and high atop a rocky cliff. So high, in fact, it’s nearly 5,000 feet high. The Rocca Calascio is the highest structure in the Apennines range. Built of white stone, the medieval structure, though partially ruinous, is imposing overlooking the village down below which has long been mostly uninhabited. Today, the small mountain village of Calascio boasts a population of around 130 people. The charm of the location has caught the eye of many a film producer, using the castle as the backdrop (some might say main character) in such movies as Ladyhawke (1985) and the more recent The American (2010).

The final castle on this list is one of Italy’s best-preserved. It’s not often that castles are in such good repair as Scaliger Castle in Lake Garda’s waters. The castle is completely surrounded by water with a dock on one side and the keep on the other, complete with prisoner’s cells still intact. Visitors to Scaliger can stroll the walkways and dock, as well as the ground floor, tower, and battlements of the castle.

When it comes to exploring these most impressive Italian castles, you can’t really go wrong. Which fairytale getaway will be yours?

The Las Vegas Hiding Right Under Your Nose
Next Post: Small-Town Charm or Big City Vibe: San Diego Has It All